Canada 150 – What Canada Means to Gateway 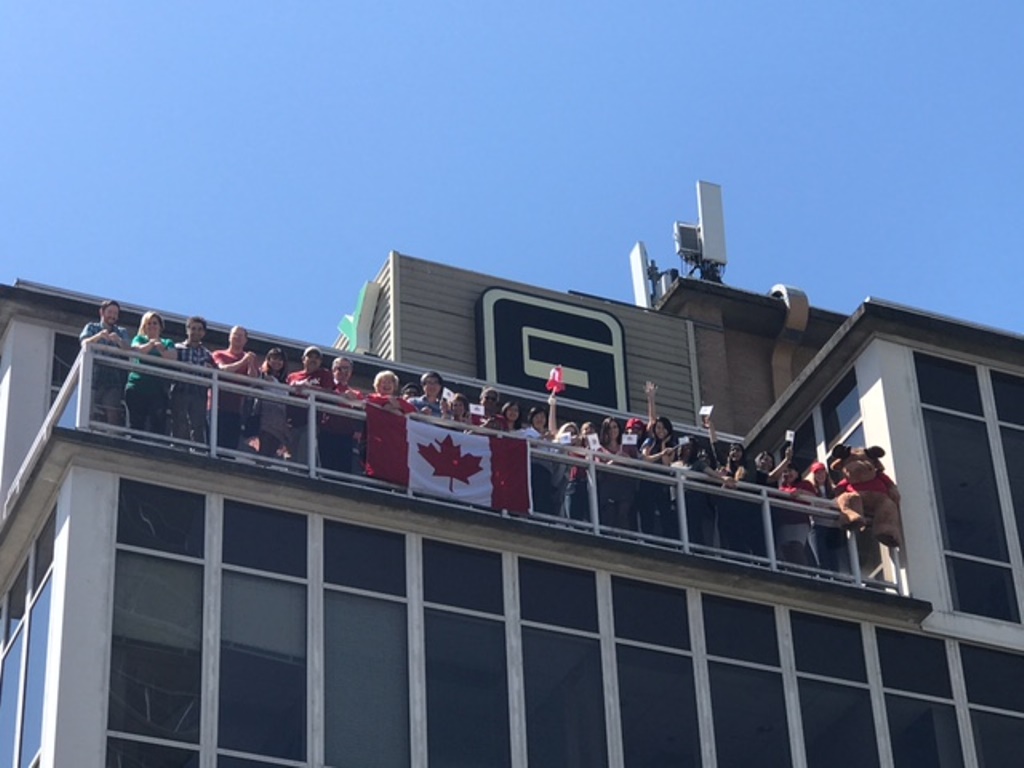 Canada 150 – What Canada Means to Gateway

July 1st, 2017 will mark the sesquicentennial anniversary of the Confederation of Canada. On July 1st, 1867 Canada was recognized as an independent nation. Gateway is a proud Canadian company with employees and clients from East Coast to West Coast.
As part of our Canada Day 150 celebration, we asked our team members what Canada or being Canadian meant to them. Here are some of the stories they shared:

“I received my Canadian Citizenship on July 1st, 1992! They had a special ceremony at Canada Place, the Prime Minister at that time was Brian Mulroney, who attended the ceremony, shook my hand & welcomed me to Canada! I am proud to be a Canadian 25 years now! I will always remember my swearing in and the Oath of Citizenship”

“I was an immigrant who became a Canadian Citizen; one of the best, honorable days of my life. Canada has always been the only country I know, truly love and stand by. Canada offers multiculturalism, unlimited opportunity, a great education system and gives all Canadians basic rights. Canada also means freedom to me; freedom of expression, freedom of religion.  I am proud to have raised my children in one of the safest countries to live and one of the best education systems out there. I LOVE my country and am proud to be CANADIAN!”

“Canada is the best country for so many reasons. Our country is so diverse and multicultural and amazingly beautiful!”

“Where I came from, I would only see snow in movies and on postcards. The first time I saw snow in 1992, I was so amazed! I took a handful from the ground wondering about the texture,  how it was so white,  and how it was so  beautiful. After 25 years, I still enjoy watching the snow falling from the sky.”

“I still remember the Canada song that played over and over in 1967 for Canada’s Centennial! I was lucky enough to attend Expo67 that year.  We have so many Canadians to be proud of: Shania Twain, Don Cherry (and his amazing suits), Terry Fox, Frederick Banting and of course the endless list of talented hockey players (I do miss the original Hockey Night in Canada song but it lives on through YouTube.)! Also there is no lack of fishing and hunting. We have so many lakes, rivers and oceans which anyone can access. I could go on! I love Canada and most of the world loves Canada too.”

“Growing up in Calgary, our family spent as much time as possible in the mountains. We would go backpacking for a week at a time to one of the fantastic back country huts operated by the Alpine Club of Canada. I fondly remember spending one Christmas at the Fairy Meadow Hut (now known as the Bill Putnam Hut). We were  out in the middle of the mountains surrounded by 6 feet of snow with no electricity and basic propane stoves yet we still had a turkey for Christmas dinner! I couldn’t imagine getting an incredible opportunity like that anywhere else in the world.”

Gateway Property Management started in 1964 with a small portfolio of high-end rental projects on Vancouver’s West side. Now our client properties extend from BC to Nova Scotia and are located in 34 communities across Canada. Gateway has offices in Kamloops, Kelowna, Victoria, Calgary, Montreal and Cambridge. Our head office is located Delta, B.C. not far from where it all started.

Our greatest resource at Gateway is our people. Operating from coast to coast as we do, our team members are as diverse as Canada itself. We are grateful to operate in a country where we are able to employ such a vast array of people from different backgrounds with unique knowledge and experience gained from those backgrounds. Did you know that as per a previous survey our team speaks 27 languages other than English?

Being a Canadian company we actively engage in the communities we operate in. We continually encourage and support our employees to make where they live better whether its hosting a food bank drive, donating time and materials to housing agencies or even something as small as cleaning up litter.

As we mark our own anniversary of 53 years, we would like to take this opportunity to thank our valued clients for your trust and contribution to our continued success.

We would also like to wish our clients, residents, staff and partners a safe and fun Canada 150 celebration.